The Abood Law Firm has offices in East Lansing and Birmingham, but our boundaries are not limited by brick and mortar or geography.  The boundaries of our firm are limited by principles.  Guiding principles that govern our firm and our lawyers and staff.  The lawyer and staff at the Abood Law Firm are proud to be part of a profession and are dedicated professionals.  The guiding principles that are the boundaries for the firm include honesty, excellence, justice, empathy, ethics, and integrity.

Great Lawyers who master the profession can win cases with honesty and integrity.  Great lawyers can be bound by ethics and continue to zealously advocate for our client’s interest and point out when others, including the courts are failing to do the same.  We understand and have the experience to know what justice is and the ability to achieve it for our clients.

In what may feel like desperate times, often our clients feel like they have to take desperate measures.  But with our help and experience, we can help you feel good about taking the right path, showing good character and achieving what many thought were unachievable results.

“For every wrong there is a remedy.”

The three brothers, sons of immigrant parents, became well-known throughout mid-Michigan, both for their legal expertise and their personal involvement in community programs and charitable works. Camille, almost single-handedly organized and managed one of the first local food pantries, the Greater Lansing Food Bank.

They developed their law practice as a business with strong familial values. They employed an exceptional support staff, including Gena Sandy, Sue Conway, and Margaret Boyett, who became significant contributors to the firms’ success.

With Fred Abood as her mentor, Gena – originally hired as a part-time secretary – became one of the first paralegals in the city, even before the word paralegal was used. Fred would often tell the young lawyers in the firm, most of whom were his own sons and daughters, that Ms. Sandy had forgotten more about the law than most lawyers knew. Likewise, Sue and Margaret dedicated themselves to the success of the firm as well.

Throughout the years many other attorneys worked with the firm, and most have gone on to distinguished careers in the law, including several judgeships. As the firm grew, it became a voice for individuals seeking the redress of wrongs by government, insurance companies, banks, and others, whose unlimited resources were the battlements up against which individuals sought redress for wrongful injuries.

Those years were fruitful on many levels, and the second generation of the Abood family integrated into the law firm. F. Joseph Abood, Jeffrey J. Abood, Teresa S. Abood, James C. Abood, Andrew P. Abood, Jerome F. Abood, and Ellen M. Abood, all had the opportunity to practice law with their father Fredric, and all are dedicated to the same principals of life, liberty, and justice for all.

In 1998 after the retirement of William Rheaume, Fredric, Joseph, James and Ellen joined Andrew, who had created his own firm, and they unified under one shingle: The Abood Law Firm. Subsequently, James moved to Arizona where he practices banking law, and Ellen now practices in New York. With Andrew and Joseph as senior partners.

F. Joseph Abood, the oldest of the second generation attorneys, enjoys a general law practice involving civil, criminal, domestic, administrative, business, and real estate litigation. Notably he has won cases in the Sixth Circuit Federal Court in Cincinnati, and has briefed winning arguments before the United States Supreme Court. Andrew has enjoyed a distinguished career in criminal law, commercial litigation (including real estate, corporate and business planning). He has been involved in several significant cases, including admission pro hoc viceto the State of Illinois, in a high profile homicide case that garnered national attention, and served as an adjunct professor at the Thomas M. Cooley School of Law.

Collectively, the attorneys of The Abood Law Firm, past and present, have successfully represented clients charged with shoplifting, indecent exposure, obstruction of justice and perjury, sexual assault and murder. 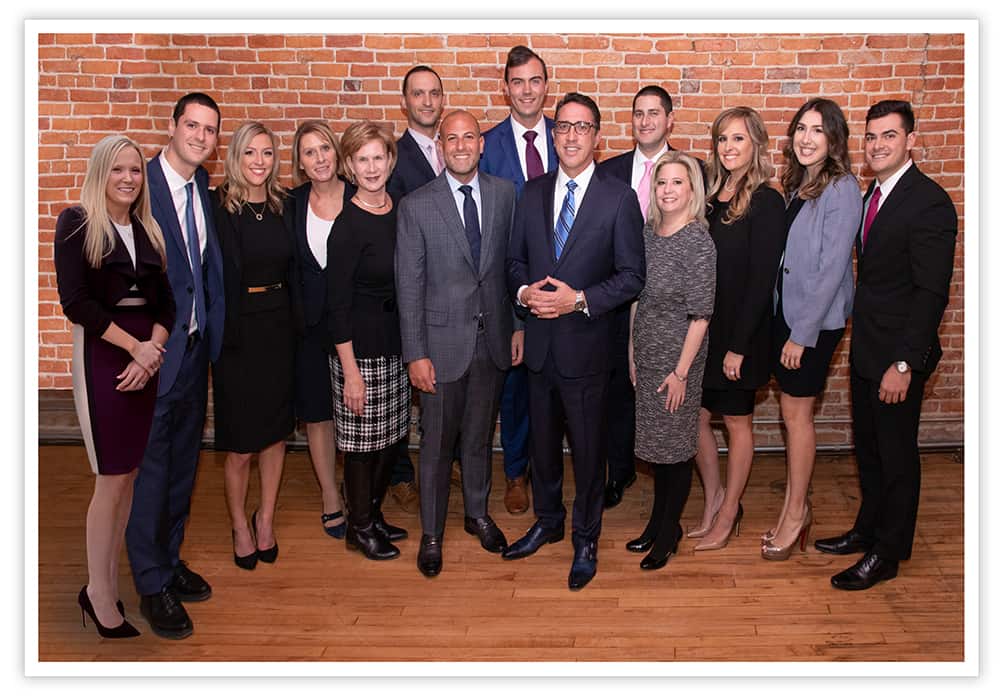 In 2002, the firm moved to its current location of 246 E. Saginaw in East Lansing, Michigan. The move was significant as it allowed for an office designed to accommodate digital technologies. It also has convenient parking with handicap access.

We continue to serve our clients with knowledge, experience and a dedication to longstanding values established in a tradition of excellence.

In 2002, the firm moved to its current location of 246 E. Saginaw in East Lansing, Michigan. The move was significant as it allowed for an office designed to accommodate digital technologies. It also has convenient parking with handicap access.

We continue to serve our clients with knowledge, experience and a dedication to longstanding values established in a tradition of excellence.

The attorneys at The Abood Law Firm are happy to provide initial consultations at no charge and are available to advise clients 365 days a year. Contact us today to see how Abood Law can help you.

We use cookies on our website to give you the most relevant experience by remembering your preferences and repeat visits. By clicking “Accept”, you consent to the use of ALL the cookies.
Cookie settingsACCEPT
Manage consent

This website uses cookies to improve your experience while you navigate through the website. Out of these, the cookies that are categorized as necessary are stored on your browser as they are essential for the working of basic functionalities of the website. We also use third-party cookies that help us analyze and understand how you use this website. These cookies will be stored in your browser only with your consent. You also have the option to opt-out of these cookies. But opting out of some of these cookies may affect your browsing experience.
Necessary Always Enabled
Necessary cookies are absolutely essential for the website to function properly. This category only includes cookies that ensures basic functionalities and security features of the website. These cookies do not store any personal information.
Non-necessary
Any cookies that may not be particularly necessary for the website to function and is used specifically to collect user personal data via analytics, ads, other embedded contents are termed as non-necessary cookies. It is mandatory to procure user consent prior to running these cookies on your website.
SAVE & ACCEPT
Skip to content